The latest OEM strides, statistics and governmental moves in the race to clean up vehicular emissions

With a swathe of voices and hearts ranging from governments, global corporations and NGOs to smaller campaign groups and sympathetic individuals having set their hopes on the 2015 Paris Agreement to irreversibly begin reducing CO2 emissions, short-term wishes were significantly dampened earlier this month. Many hoped that the 1.6% increase in global carbon emissions during 2017 was a blip, but data produced by a research team at the University of East Anglia points to a rise of over 2% this year, sadly signalling an all-time peak.

Governmental feet-dragging, the accelerated economic growth of developing countries and America’s indefatigable demand for SUVs and light-duty trucks are often mooted as responsible factors by commentators like Glen Peters from the Center for International Climate Research and Professor Greg Keoleian from the University of Michigan1.

While the agreement reached at this month’s ‘COP24’ 24th Conference of the Parties to the United Nations Framework Convention on Climate Change to cut CO2 emissions from new cars by 37.5% and new vans by 31% across 28 EU member states by 2030 has already been branded ‘totally unrealistic based on where we stand today’ by the European Automobile Manufacturers’ Association (ACEA)2, it must still surely be perceived in a positive light.

The European Parliament originally pushed for a target of 40% by 2030, but with Germany’s mighty car industry having lobbied for CO2 reduction targets of no more than 30%, the agreed level of 37.5% should certainly be welcomed, and with OEMs launching ever more capable EVs3, such as Hyundai’s Kona Electric, it’s conceivable that a significant shift towards electric motoring amongst fleets and private drivers could happen as imminently as within half a dozen years.

The bonus multiplier4 agreed at COP24 will see car-makers incentivised financially to focus ever more impetus on EV development and sales, and although the mechanism will cut out once EVs form 5% of a member country’s fleet, it’s unarguably a positive step – although it will be essential that charging infrastructures must be able to keep up with the pace. In a document entitled ‘Technical update of the non-paper (Sept 2018) on Cars/Vans CO2 Regulation proposal: Additional assessment of higher ambition levels for the targets and ZLEV benchmarks’4b published in Q4 2018, the European Commission identifies, based on the latest available figures from 2017, that Sweden has at least a 5.20% zero or low-emissions vehicle (ZLEV) fleet, while the UK sat at 1.78%, surprisingly higher than Germany, on 1.41%.

Away from these macro-level moves, Trak Global Group remains ever attuned to more regional and specific environmental developments that could have an effect on our fleet and other clients and partners, with vehicles contributing to 18% of global CO2 emissions5, alongside cement6 that is interestingly responsible for a sizeable 8%, and livestock a dominant 18% as well, according to United Nations figures7.

Hyundai’s findings a little earlier this year were very encouraging in terms of highlighting the British appetite for caring more for the environment, with 74% of the 2,000 respondents acknowledging the need to and actively seeking to change their lifestyle to a greener one. Granted, the Korean brand’s brave belief in the hydrogen fuel cell vehicle (FCV) market as a viable fuel may be tough to convince the public over initially, with the NEXO model costing from £65,000 despite its remarkably clean credentials such as eliminating 99.9% of PM2.5 pollutants8.

Fascinatingly, it’s not just nasties expelled from vehicle exhausts that contribute to global emissions concerns, the government’s Clean Air Strategy identifying automotive components including brakes and tyres as emitters of harmful micro plastics that pollute the world’s air and waters from sewers and streams to rivers and seas – a focus of course increasingly highlighted by Blue Planet, Sky and a host of other TV programmes and media coverage. The University of Plymouth estimates that up to 10% of micro plastics in the marine environment come from tyre wear9. Bosch Mobility Solutions is one entity making efforts to reduce brake dust and soot, and although the company’s iDisc component with a hard tungsten carbide coating is currently too expensive to achieve mainstream adoption with any rapidity, automotive components’ prices invariably become more affordable in time.

Much environmental impetus is, of course, focussed on continuous improvements to alternative fuels and drivetrains, from hydrogen fuel cell vehicles (FCV) and compressed natural gas (CNG) to fully electric vehicles (EV), and in today’s frenetic world of ‘gig economy’ couriering, it was greatly encouraging to see the Logistics Emissions Reduction Scheme (LERS) report that greenhouse gas emissions across their 134 members’ 88,000-vehicle fleet fell by 4% during 2017, with LERS-registered vehicles typically emitting 13% less g/km of CO2 than the industry average while enjoying 13% better fuel efficiency10. It was impressive to learn that a sizeable 44% of LERS members’ vans are Euro-6 compliant and therefore ready for entering London’s Ultra Low Emissions Zone (ULEZ) and the UK’s forthcoming spread of Clean Air Zones (CAZ).

Somewhat concerning, though, were the results of a survey commissioned by Northgate Vehicle Hire, which identified that 29% of the 677 van-operating businesses surveyed are not familiar with what Clean Air Zones actually are11. Their fleet director Tim Bailey’s description of the finding as worrying is appreciable, with CAZ introduction just over the horizon in early 2020, against a backdrop of diesel marginalisation and too few strides in electric light commercial vehicles to encourage an accelerated uptake.

OVO Energy is an exciting company to watch when it comes to electric vehicle technology, and with new vehicle-to-grid charging technology anticipated to become widespread, it was unarguably exciting that December saw OVO announce its debut V2G charger installation in a domestic home12. Currently just for Nissan LEAF drivers, which is a little disappointing, the charger operates dynamically and either sells energy back to the grid from the stationery car during periods of high demand for electricity, or stores power in the vehicle’s battery when energy is cheaper, such as during the night.

Further a-field, Norwegians would be justified in feeling somewhat baffled by the UK government’s recent decision to significantly limit the scope and financial benefits of the Plug-in Car Grant, whereas in Norway roughly 30% of all new cars are either plug-in hybrids or electric models, compared to the European average of just 2%. The Scandinavian country is aiming for all new cars on sale to be zero-emissions by 2025 as a way of supporting the 2015 Paris climate accord, the government offering substantial subsidies, low taxation and other incentives for drivers willing to adopt alternative fuels13. It can’t be denied, though, that Norway is a much wealthier nation than many others.

From the perspective of an EV-advocating country like Norway, the U.S car market is probably even more perplexing, with Donald Trump recently stating boldly that ‘all-electric is not going to work’ in response to GM’s latest restructuring14. With 6% of cars sold in China reported as being electric, it’s clear that the States has much progress to make, which will itself require a change in thinking from legislators right up to the president. With one million EVs now having been sold in the U.S, a market in which Trak Global Group’s presence has been further strengthened by our recent acquisition of Intelligent Mechatronics Systems Inc., voices including the Edison Electric Institute predict that EV uptake is poised to proliferate across the States, making it somewhat frustrating that the White House recently mooted the desire to eliminate subsidies for electric cars15, the current cap of $7,500 per model halved16.

Concluding our latest environmental snapshot relating to the automotive industry on a technological note, the quiet operation of PHEVs and EVs is leading to increasing efforts by OEMs to give their electric cars conventional engine sounds or other innovations to protect pedestrians and other potentially vulnerable people and vehicles. Jaguar17, for example, is equipping its all-electric I-PACE SUV with an Audible Vehicle Alert System (AVAS) that functions at speeds of up to 20km/h after which wind and tyre noise kick in, AVAS emitting an audible yet discrete soundtrack that can only be heard outside the vehicle.

CleanTechnica18 has an interesting alternative view on such efforts to make electric cars noisy, though, quite rightly stating that near-silent operation was originally promoted as one of EVs’ advantages but is now seemingly being annulled to protect pedestrians, cyclists et al in urban areas where electric vehicles are most popular.

“Lawmakers are looking at safety from the wrong direction. We want to protect pedestrians, particularly vision-limited pedestrians, but the best answer is not the technological equivalent of a cow bell on EVs”, comments CleanTechnica. Instead, they point to autonomous emergency braking (AEB) and pedestrian detection and collision mitigation systems as a more effective answer.

With automotive firms tirelessly developing ever-greener powertrains and spawning other technological breakthroughs, while legislators and public health bodies fight for increasingly stringent targets to be agreed and met, it’s fair to say that the industry is as dynamic and exciting as ever from an environmental perspective and we will continue to provide updates on our blog. 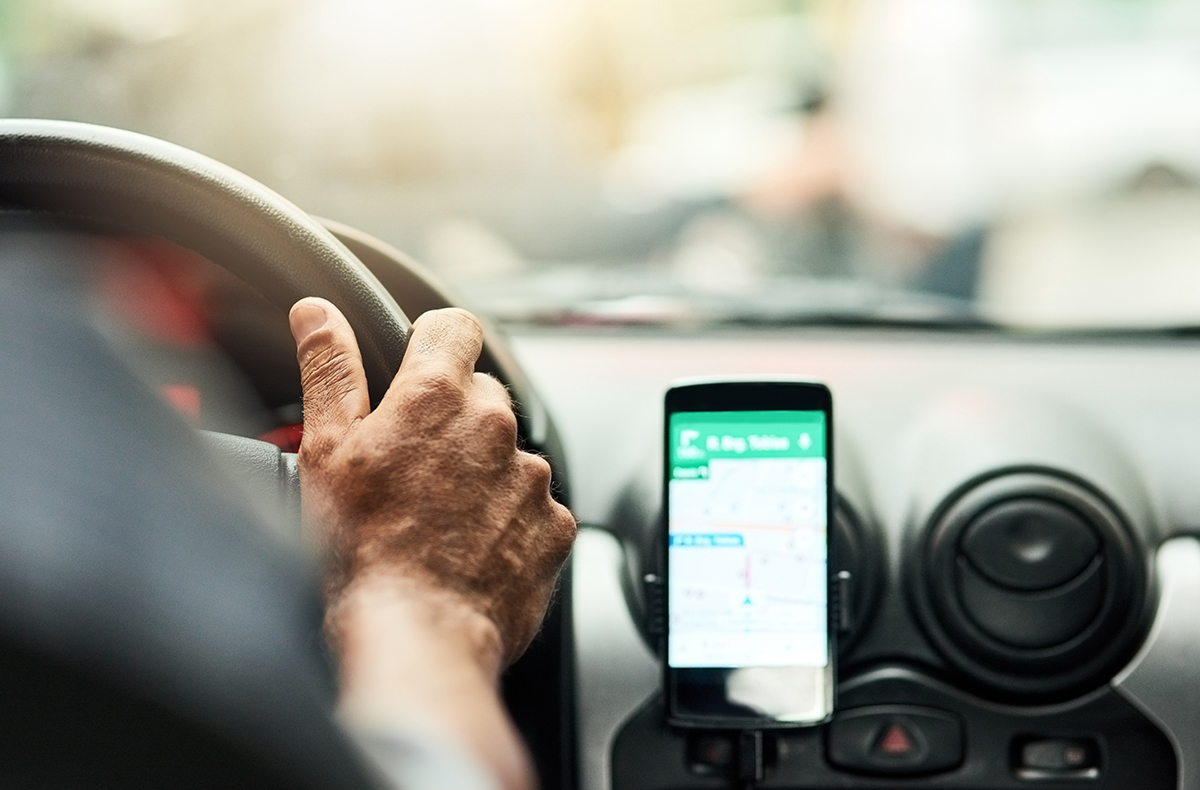 Coronavirus to encourage OEMs into the insurance market